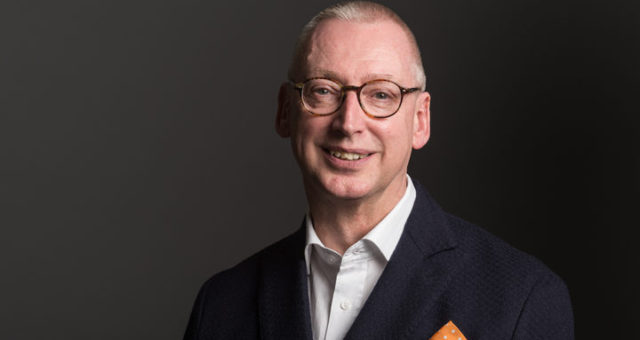 In 2018, we acknowledge Garry Trinder’s 20-year anniversary as Director of the New Zealand School of Dance (NZSD). Garry began his directorship with the New Zealand School of Dance on 15 January 1998. Over his twenty-year tenure, Garry has extended the School’s professional training reputation globally including forging relationships with acclaimed international classical ballet competitions and exchange programmes with top dance training schools.

“There has been no ‘one moment’ that makes me feel gratified to be the School’s director, rather a series of moments where I see successful alumni of the School realise their dreams through dance. It is watching and teaching our students training to be the absolute best that they can be.”

Garry Trinder has seen the School through significant milestones and successes including the School’s move from its waterfront premises to its current location Te Whaea: New Zealand National Dance and Drama Centre, to the School’s 40th and 50th anniversaries, and to the launch of the New Zealand School of Dance Foundation.

Garry Trinder was made a Member of the New Zealand Order of Merit in the Queen’s Birthday Honours, in recognition of his services to dance.

Garry trained at The Royal Ballet School, Rambert School of Ballet and Maurice Béjart’s MUDRA. As a dancer, he worked with Scottish Ballet, Les Grands Ballets Canadiens de Montréal and London City Ballet. Garry’s extensive career includes six years as artistic director of Hong Kong Ballet and two years as director of dance at South Africa’s NAPAC Dance Company. Garry holds a master’s degree from the Trinity Laban Conservatoire of Music and Dance and an Advanced Diploma in Education from Newcastle University. In addition to his role at NZSD, he is associated with many international ballet competitions including the Prix de Lausanne in Switzerland, the Japan Grand Prix in Tokyo and the Youth America Grand Prix in New York. Since 2011 Garry has assumed the role of President of the Jury for the Asian Grand Prix ballet competition in Hong Kong.

The School thanks and acknowledges Garry for his tireless dedication to the ongoing success and excellence of dance training in New Zealand and his ongoing belief in his students’ abilities to excel.

How the move to Level 2 affects NZSD

From Marilyn Rowe, AM OBE