Harrison James (Wynn), from Paraparaumu, has danced with Royal Winnipeg Ballet and Béjart Ballet Lausanne since graduating from NZSD in 2008. He joined the National Ballet of Canada in 2013, becoming principal dancer in 2016. He wrote after attending a summer ballet programme in Banff, Alberta in 2014

“I was lucky enough to get to work with one of the principals from the National Ballet of Canada, Jill Vanstone, on a big pas de deux from a ballet ‘Carousel’. That was such a pleasant experience for me. It shocked me just how much her element of maturity and her ability made us able to focus a lot more on story line and intricacies because the actual steps themselves were there from day one and didn’t need a lot of work. I had such a good time working with her.

I was also in a Balanchine piece (Divertimento), and his work I always love performing so that was really just a lot of fun. Unfortunately the costumes for this piece were hideous. I’ll attach a photo so you can all have a good laugh. The guy next to me, Chris Gerty, also went through the New Zealand School of Dance and the San Francisco Ballet School. Now we’re both in Toronto together representing the Southern Hemisphere alongside a few others. Imagine that! On top of the repertoire, I had Jackie Barrett, Jean-Yves and Lindsay Fischer whipping me into shape in class so I’ve really been in good hands.

In any case, work starts again tomorrow and I have lots to look forward to. Casting has gone up so now I’m officially under-studying the role of Nijinsky in ‘Nijinsky’, which is huge. There’s also a lot to learn for when we perform ‘Alice in Wonderland’ in New York this September so it’s going to be a busy couple of months. We’ll have to start working on ‘Manon’ soon too. It will be a relief to return to a ballet I’ve already learnt when we get into ‘Nutcracker’ season in December.

Sending love, hugs and kisses across the oceans, Harrison 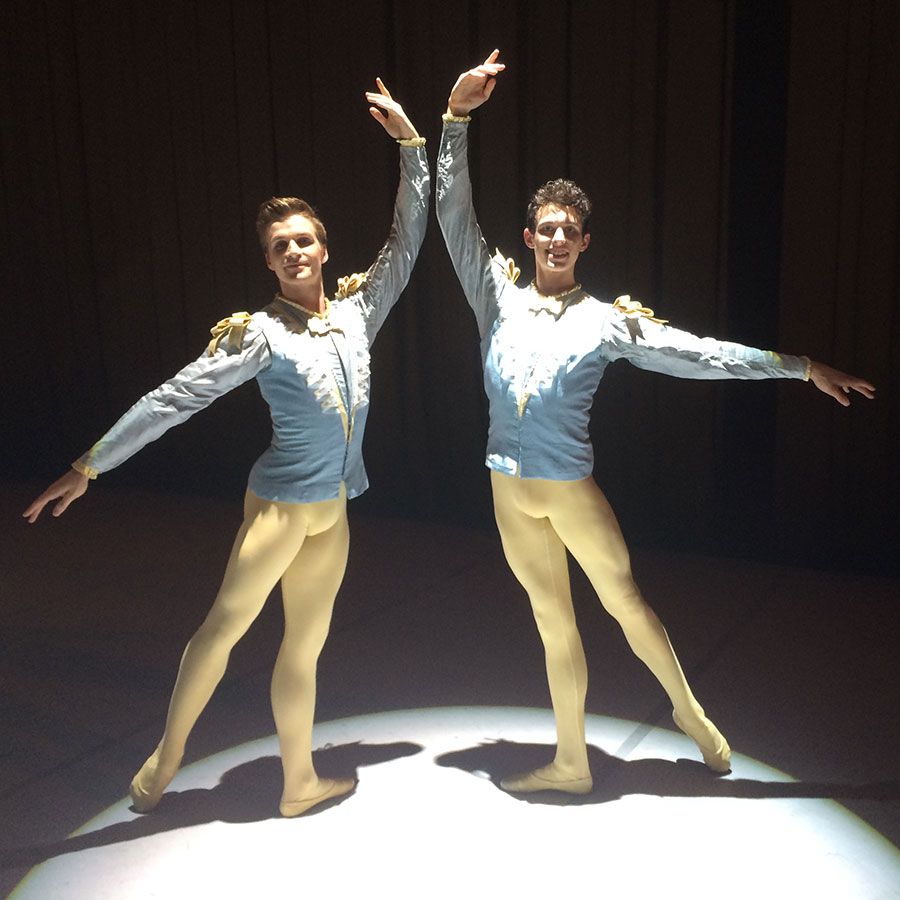