Graduating from the New Zealand School of Dance in 1983 as Best All Round Dancer with a special award in choreography, Shona danced with Sydney-based company Darc Swan, Limbs Dance Company and Douglas Wright Dance Company, of which she became Associate Director in 1991. During her career as a dancer she performed throughout New Zealand and in Australia, New York, Los Angeles, Holland, Chile and the UK.

Shona has choreographed works for companies such as Limbs, Footnote Dance, Douglas Wright Dance Company, The Royal New Zealand Ballet and her own companies The Human Garden and the New Zealand Dance Company. She has also created work extensively for theatre, television, live events and film, including sequences for ‘Xena – Warrior Princess’, ‘Hercules’ and Peter Jackson’s ‘Fellowship of the Ring’ and ‘King Kong’. She was a founding member and prolific choreographer of The Watershed Theatre, and has worked with Auckland Theatre Company.

Shona’s three short films have achieved wide international recognition. Her film work has been featured at the Moving Pictures Festival in Toronto, the Australasian 2002 Reeldance Awards, the BBC’s Shortest Night Short Film Festival, 2007 Dance on Camera Festival in America and the prestigious Clermont-Ferrand Film Festival in France. Shona co-directed the Royal New Zealand Ballet’s production of ‘The Nutcracker’ for television in 2005.

In 1999, Shona was named a New Zealander of the Year in North & South Magazine, in 2000 she became a Member of the New Zealand Order of Merit for her services to dance and in 2002 became a New Zealand Arts Foundation Arts Laureate.

“My time at the NZSD was all it should be. Apart from making some long-lasting and very special friends, challenging and inspirational teaching left me with no illusions about the true requirements of a successful and happy career in dance. Tenacity, originality and an unshakeable commitment to the art form, topped off with absolutely unstoppable passion are the primary ingredients. I am happy to be now providing young graduates with opportunities for employment in our vibrant New Zealand dance culture.” – Shona McCullagh 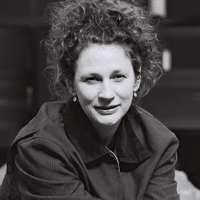