*Patrons will be at liberty to move from one studio to another at appropriate junctures in the class.

Harrison James was born in Paraparaumu, New Zealand and trained at San Francisco Ballet School’s Trainee Program in California and the New Zealand School of Dance. He danced with Canada’s Royal Winnipeg Ballet and Béjart Ballet Lausanne before joining The National Ballet of Canada in 2013 as a member of the Corps de Ballet. Harrison was promoted to Principal Dancer in 2016.

Recently, Harrison made his debut as Eurydice in the world premiere of Orpheus Alive and Armand in Marguerite and Armand. He has danced such lead roles as Leontes and Polixenes in The Winter’s Tale, Prince Florimund in The Sleeping Beauty, Romeo in Romeo and Juliet, Peter/The Nutcracker in The Nutcracker, Lensky in Onegin, Albrecht in Giselle, James in La Sylphide, Jack/The Knave of Hearts and Raj/Caterpillar in Alice’s Adventures in Wonderland, Count Danilo Dailowitch in The Merry Widow, Vronsky in Anna Karenina, L’Aviateur in Le Petit Prince, Des Grieux in Manon, the title role in Apollo, Oberon in The Dream and Stanley in A Streetcar Named Desire. His repertoire includes Swan Lake, Nijinsky, Frame by Frame, Chaconne, Etudes, Paquita, The Second Detail, The Vertiginous Thrill of Exactitude, Genus, Watch her, Being and Nothingness, Angels’ Atlas, Emergence, Carousel (A Dance), Piano Concerto #1, Paz de la Jolla, Spectre de la Rose, The Dreamers Ever Leave You and The Sea Above, The Sky Below.

In 2019, Harrison won the Rolex Dancers First Award for his performance as Alexei Vronsky in Anna Karenina, Oberon in The Dream and the title role in Apollo. In 2015, he was awarded the Patron Award of Merit by the Patrons’ Council Committee of The National Ballet of Canada.

Ben Rudisin was born in Woodbridge, Virginia and trained at the North Carolina School of the Arts in Winston-Salem and Houston Ballet II in Texas. Ben joined The National Ballet of Canada as a RBC Apprentice in 2013 and was promoted to First Soloist in 2019.

Ben has danced such lead roles as Diaghilev in Nijinsky, Rothbart in Swan Lake, Prince Gremin in Onegin and the male lead in Being and Nothingness as well as Paris in Romeo and Juliet, Icicle in The Nutcracker, The Mad Hatter in Alice’s Adventures in Wonderland, L’Allumeur in Le Petit Prince. His repertoire includes roles in The Sleeping Beauty, Giselle, Cinderella, The Winter’s Tale, Nijinsky, Anna Karenina, The Merry Widow, Manon, Frame by Frame, A Streetcar Named Desire, La Sylphide, The Four Seasons, The Concert, Chaconne, Allegro Brillante, Symphony #9, Carousel (A Dance), The Second Detail, Approximate Sonata 2016, Chroma, Genus, Angels’ Atlas, Emergence, Cacti, Petite Mort, Paz de la Jolla, Night, Orpheus Alive and The Dreamers Ever Leave You. 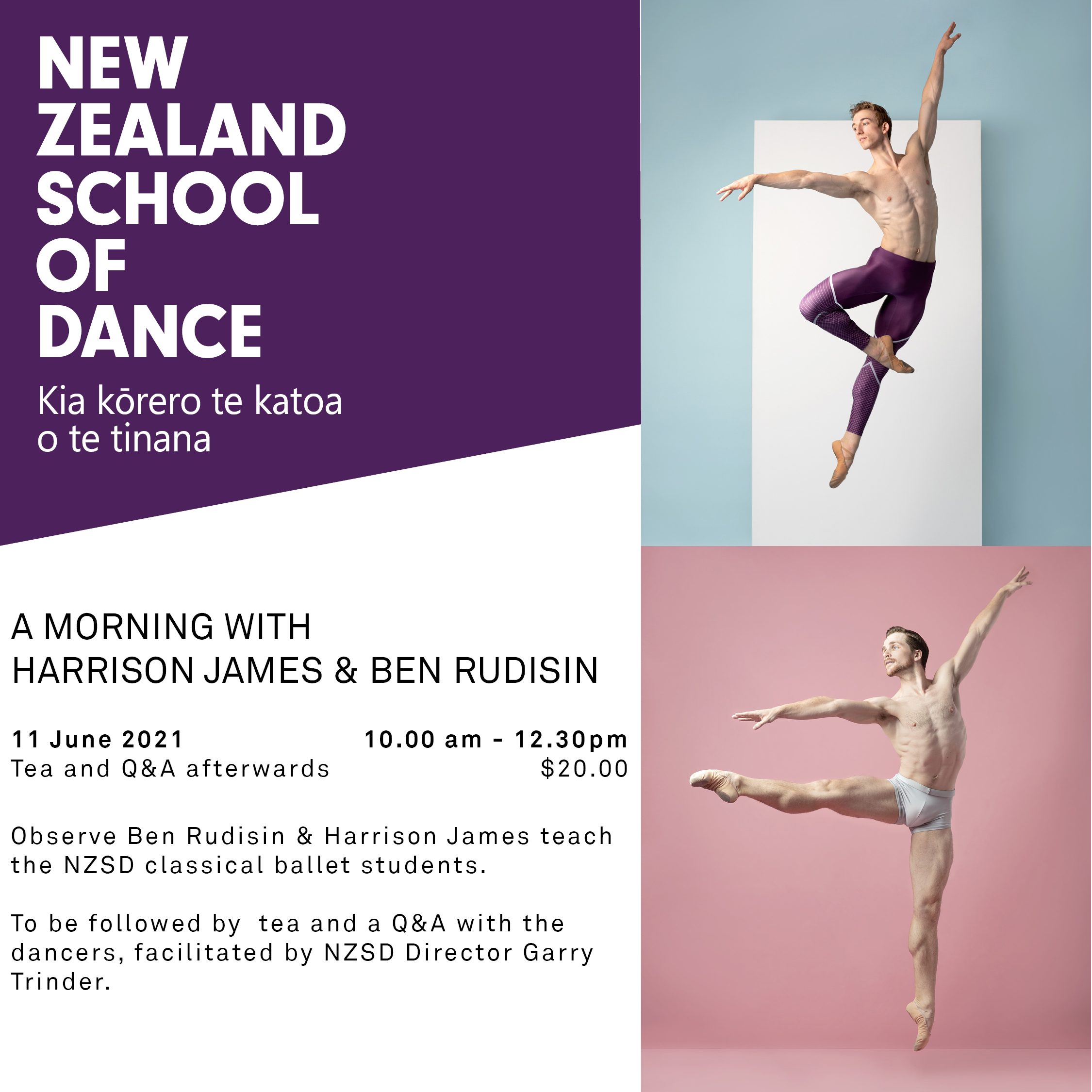 A Day with the New Zealand School of Dance Auckland