Born in England, Garry Trinder trained at The Royal Ballet School, Rambert School of Ballet and Maurice Béjart’s MUDRA. As a dancer, he worked with Scottish Ballet, Les Grands Ballets Canadiens de Montréal and London City Ballet.
Garry’s extensive career includes six years as artistic director of Hong Kong Ballet and two years as director of dance at South Africa’s NAPAC Dance Company. He was appointed director of the New Zealand School of Dance in 1998. Garry holds a master’s degree from the Trinity Laban Conservatoire of Music and Dance and an Advanced Diploma in Education from Newcastle University. In addition to his role at NZSD, he is associated with many international ballet competitions including the Prix de Lausanne in Switzerland, the Japan Grand Prix in Tokyo and the Youth America Grand Prix in New York. Since 2011 Garry has assumed the role of President of the Jury for the Asian Grand Prix ballet competition in Hong Kong. Garry was made a Member of the New Zealand Order of Merit in 2013, for his services to dance. Paula Steeds-Huston has spent 17 years as a freelance dancer, teacher and choreographer in Australia and New Zealand. She was a principal dancer with Missevich Youth Ballet in Christchurch, then joined Wellington-based contemporary company Footnote Dance for four years. Paula worked with acclaimed New Zealand choreographers including Michael Parmenter, Shona McCullagh and Douglas Wright. Since passing her Royal Academy of Dance Teachers Certificate with Distinction, Paula has taught contemporary technique, ballet and hip hop at workshops around New Zealand. She has directed and choreographed for Original Scripts Theatre Company, renowned for producing quality children’s theatre. Paula has also worked in film and television as a choreographer and performer, including Lord of the Rings, The Lost World, a promotional DVD for Cook Islands Tourism and several music videos. Christine Gunn was born in South Africa to English parents. She attended Elmhurst Ballet School from the age of 13, then went on to the Royal Ballet School Teacher Training Course under the directorship of Valerie Adams. Christine spent six years in Rio de Janeiro, Brazil, travelling extensively conducting workshops and refresher courses on the Art of Teaching. Christine performed with the Associacao do Ballet do Rio de Janeiro, becoming a soloist and later Ballet Mistress. Christine started as a full-time tutor at the New Zealand School of Dance in January 1980 and became head of the Associates Programme in 2001. Christine is also a Practical Teaching Supervisor for the Royal Academy of Dance (RAD) and was honoured with the RAD President’s Award in 2004. Victoria (Tor) Colombus graduated from the New Zealand School of Dance in 2002. Tor Colombus has worked as a freelance dancer touring internationally with Black Grace dance company, Australian Dance Theatre, Michael Parmenter’s Commotion Company, and the World of Wearable Arts.
She has choreographed for Footnote Dance NZ and toured her work to Tempo Dance Festival in Auckland, the Body Festival in Christchurch, Sydney Lighthouse Festival, Pacific Dance Festival, and New Caledonia. Tor is the Choreographic Director for the World of Wearable Arts and has worked with the organisation since 2010.
In 2007, Tor assisted Ross McCormack on the creation of “Nowhere Fast” for Dancenorth, in Townsville. In 2013 she was appointed rehearsal director for Company Muscle Mouth and performed “Age” with the company as part of the world premiere season with the NZ International Festival of the Arts.
For the past ten years, Tor has been a full-time tutor at the New Zealand School of Dance, lecturing in contemporary dance and choreographic praxis. In her spare time, Tor is working towards her degree in educational psychology and its impact on individual performance. Qi Huan, born in Anshan, China was a principal dancer with the Royal New Zealand Ballet (RNZB) until joining the faculty of the NZSD in 2014. Qi studied dance in Shenyang, and then at the Beijing Dance Academy (BDA). Following a serious knee injury, Qi taught at the BDA (2003 – 2004). Dancing with the RNZB since 2005, Qi has performed many leading roles including Ethan Stiefel and Johan Kobborg’s Giselle, Sir Russell Kerr’s Swan Lake and Petrouchka, Garry Harris’s The Nutcracker and Don Quixote, Christopher Hampson’s Cinderella and Romeo & Juliet, Greg Horsman’s Sleeping Beauty, David Dawson’s A Million Kisses to my Skin, MacMillan’s Concerto Pas de Deux, Benjamin Millepied’s 28 Variations, George Balanchine’s Who Cares?, Jorma Elo’s Plan to A, and Michael Pink’s Dracula. He started teaching again in 2012 with the Royal New Zealand Ballet, New Zealand School of Dance, Queensland Ballet, Wellington Dance Academy and Singapore Ballet Academy. He ventured into choreography, creating two short dance pieces, and starred as Albrecht in Johan Kobborg and Ethan Stiefel’s filmed production Giselle. While teaching at the NZSD Qi has performed with ballet superstar Gillian Murphy in Singapore and San Lucas Cabo, and has been invited to perform as a guest artist with Queensland Ballet. 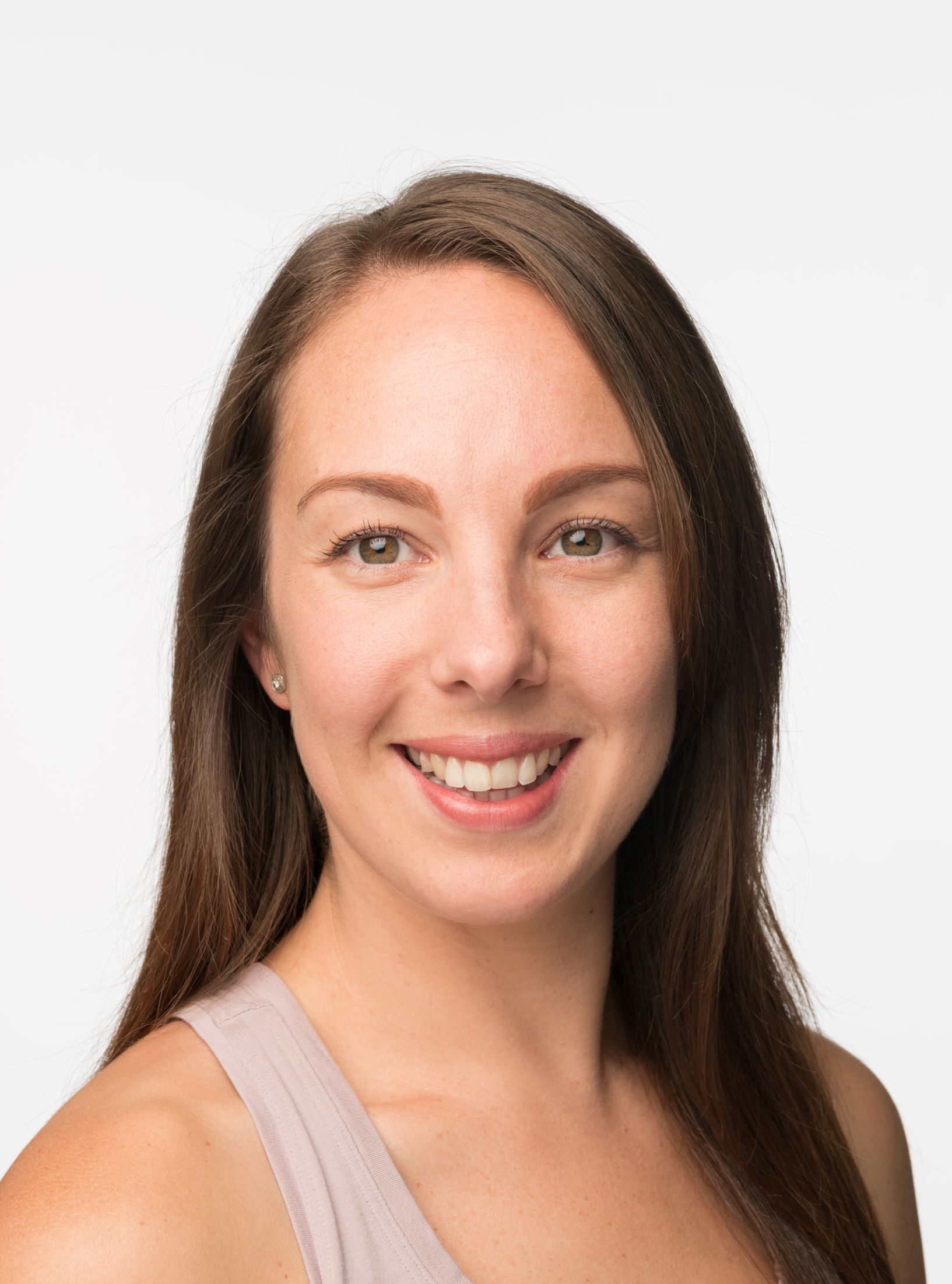 Gina began dancing in her hometown of Nelson. As well as vocational exams she completed IDTA Associate level teaching exams in both ballet and modern jazz. In 2009 Gina graduated from New Zealand School of Dance.
After graduating, she freelanced around New Zealand, working with a wide range of creative artists and performers such as Java Dance Theatre and World of Wearable Art Awards.
Her time spent in the health and fitness industry as a barre fitness instructor and Club Manager provided valuable insight into exercise prescription, individual needs analysis and a holistic approach.
Gina teaches in many dance schools across the Wellington region, and regularly supports NZSD Associates and Scholars programmes. More recently her interests have led her to complete a 200hr Yoga Teacher Training course, which aligns beautifully with contemporary dance teachings. 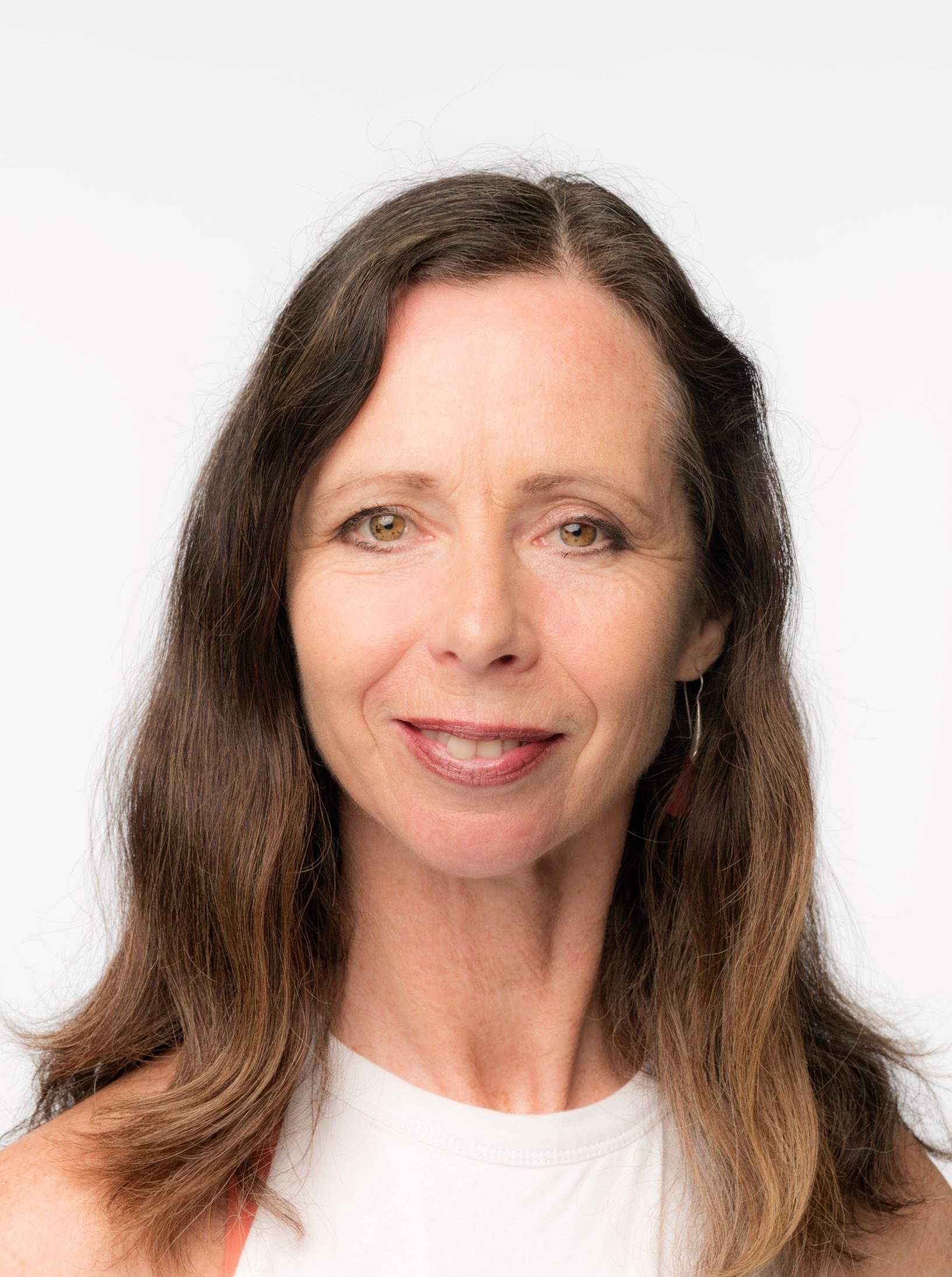 Born in Auckland, Turid began dancing in Taupo and Auckland. She was accepted into the National Ballet School (now NZSD) in 1979. After graduating, and touring with the Royal New Zealand Ballet (RNZB) in ‘Nutcracker’ and ‘Giselle’, she headed to Europe. There she spent four years as a soloist with the Theater der Stadt Koblenz in Germany. She also danced at the prestigious Bayreuther Festspiele each summer from 1982-86. Turid re-joined the Royal New Zealand Ballet in 1986, and was promoted to soloist in 1993. She completed a Bachelor of Arts while dancing with the company, and in 1997 worked as rehearsal assistant and stage manager for the Eric Languet Dance Company. She retired from dancing in 1999, becoming Artistic Coordinator with RNZB. The company has performed four of her works; ‘Si Supieras’ in 2004 & 2005, ‘Three over Four’ and ‘Bernarda Alba’s House’ in 1999, and ‘Kleines Requiem’ in 2000. In 2003 she was appointed RNZB Ballet Mistress, making her mark in the role for 11 years. Most recently, Turid Revfeim authored ‘New Zealand School of Dance: 50 Years 1967 – 2017’, which was published in 2017 to mark the School’s 50th anniversary. Daniel was born in Nairne, in the Adelaide Hills of South Australia, and is of Lebanese and Maori cultural heritage.  His dance training began when he was just four years old and continued at the Australian Ballet School, Queensland University of Technology and Adelaide College of the Arts.  In 2003 he joined the Australian Dance Theatre (ADT) as a trainee, under the direction of Garry Stewart.

Daniel worked as a company dancer at ADT for 16 years, during which time he performed in new works with Stewart and toured the world extensively. He continues to work with ADT to this day as a guest performer, regularly returning for the creation of new works and touring existing repertoire. His past performances with ADT include HELD, Nothing, Birdbrain, Age of Unbeauty, Devolution, Vocabulary, G, Proximity, Anthology and North/South.

Daniel created his first full-length work, Nought in 2013.  The work, which was commissioned by ADT, premiered at the Samstag Museum of Art in Adelaide and was nominated for a Helpmann Award for Best Choreography in a Dance or Physical Theatre work.

Recently Daniel has divided his time between teaching at tertiary institutions in Australia and performing with ADT. We are excited to have him join the New Zealand School of Dance as a Contemporary Tutor from January 2020 as his depth and range of expertise will enrich the dance education of both contemporary dance and classical ballet students. Nadine Tyson graduated from the New Zealand School of Dance in 1991. Nadine first worked with the Royal New Zealand Ballet during her second year at the NZSD and was awarded a Shell Scholarship the following year. In 1995 she became a permanent member of the RNZB. In 1997 Nadine was named ECNZ young dancer of the year and used the award for a six week study tour in 2000 to visit leading companies in the USA and Europe including Rambert Dance Company, English National Ballet, Netherlands Dans Theatre, Dutch National Ballet and Bayeriches Staatsbalett. Nadine performed many principle roles during her time with the company. Career highlights include being coached by Janet Vernon for the lead in The Protecting Veil, Dinna Bjorn and Charles Mudry for Sylph in La Sylphide and Patricia Ruanne for the title role of Raymonda. Nadine Retired from the Royal New Zealand Ballet in 2004. Sarah originally studied dance in Sydney with Joy Ransley, Lois Strike, Christine Keith and Kim Traynor before going to the Royal Ballet School in London. A Genee Finalist, she was then invited to join the Royal Ballet Company at Covent Garden. Whilst with the company, she toured throughout the UK and United States, and had the privilege of performing works by Sir Kenneth MacMillan, Sir David Bintley, Sir Frederick Ashton and many other prolific choreographers. Her performing career continued back in Australia with Darc Swan Dance Company, Opera Australia and the Australian touring cast of Phantom of the Opera for which she was also Assistant Choreographer in South Africa.
A passion for teaching led her to complete the Australian Ballet School’s Advanced Diploma of Teaching and receive RAD teacher registration. Sarah taught in Sydney at the McDonald College and Brent Street Studios before becoming a full time classical tutor at the New Zealand School of Dance in Wellington in 2001.
To complement her teaching, Sarah trained as a Pilates instructor with the PhysicalMind Institute of New York and also became a Licensed GYROTONIC® Trainer. She currently combines teaching ballet, rehabilitation and GYROTONC® at the New Zealand School of Dance with running her own Pilates/GYROTONIC® studio. Sue Nicholls originates from Wellington, is a Distinguished Graduate of the New Zealand School of Dance, and a former dancer with the Royal New Zealand Ballet and London Festival Ballet (now ENB).
Career highlights include guesting with RNZB for the 21st Anniversary production of Sleeping Beauty in 1978 (Chatfield). Dancing with Margot Fonteyn and Rudolf Nureyev in L’après midi d’un Faune (Nijinsky), and touring grand productions to New York and Paris. Ballets performed that stand out as favourites include Romeo & Juliet (Nureyev), Rosalinda (Hynd), Echoing of Trumpets (Tudor), Etudes (Lander) & La Sylphide (Schaufuss).
Sue has restaged several productions for past NZSD graduations including Les Sylphides & Paquita, and choreographed solos for students.
Sue teaches throughout New Zealand and internationally, she is a Dual Examiner for the Royal Academy of Dance, and tutors for various training courses for the RAD. Qualifications include the RAD Professional Dancers’ teaching Diploma (Distinction) and a 1st class Bachelor of Philosophy (Hons) in Ballet and Contextual Studies. Luke Hanna, born and bred in Petone, Wellington, graduated from the New Zealand School of Dance in 2006. Since graduating he has worked for leading dance companies and choreographers such as Black Grace, Australian Dance Theatre, Dance North, New Zealand Dance Company, Douglas Wright, Shaun Parker, Malia Johnston and Ross McCormack. Luke has danced his way across Australasia, Europe, Asia and America. In 2009 he was nominated for the prestigious Rolex Mentor and Protégé Arts Initiative, and last year was shortlisted for the Vodafone World of Difference fellowship. Luke has tutored at the New Zealand School of Dance and Scots College, and facilitated and led the NZSD’s Tū Move programme in 2014. Since returning to Wellington Luke has co-founded a new initiative, the Brothers and Sisters Collective, with whom he created and toured his first full-length work, ‘eye’.